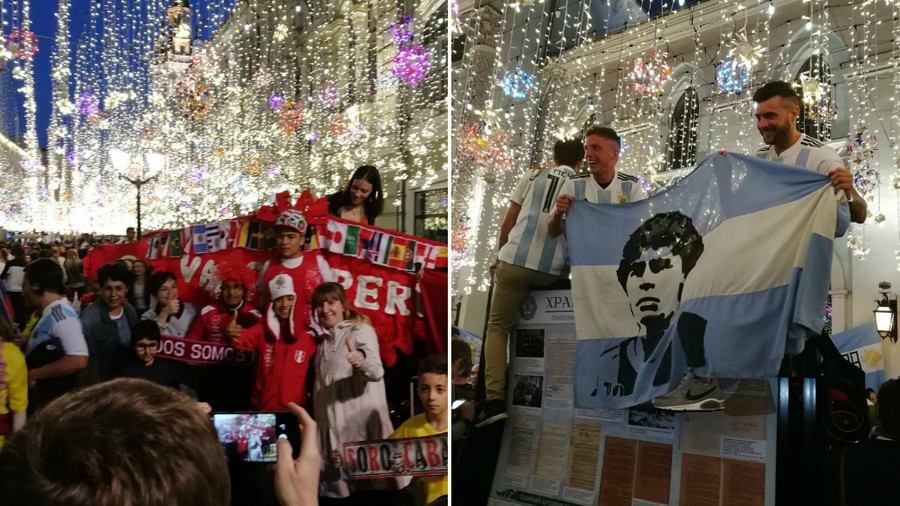 The opening ceremony will be held before the game, showcasing Russian culture, with more than 20 heads of state in attendance along with numerous other dignitaries and legends of the game.

Ahead of the big kick-off, thousands of fans have been arriving in the host cities. Moscow, in particular, has been a sea of color as fans take to the streets in anticipation of football’s showpiece event.


Russia has been preparing for the World Cup since it was awarded hosting rights in 2010. It has spent in the region of $14 billion on new infrastructure and stadiums in preparation for what will be the biggest sporting event the nation has ever seen.

A total of 64 games will be played at 12 stadiums across 11 host cities – stretching from the western exclave of Kaliningrad to Ekaterinburg in the Urals.

Defending champions Germany are again among the favorites to win the tournament, although they are expected to face strong competition from five-time winners Brazil.

Two-time winners Argentina and one-time winners France and Spain are also among those fancied to lift the World Cup this summer.

The final takes place at Moscow’s Luzhniki Stadium on July 15.

admin  6:57 SA 14/06/2018
Share:
Surprise selection Gazinsky scores 1st World Cup 2018 goal for Russia
Fernando Hierro to coach Spain at World Cup following removal of Lopetegui
We are using cookies to give you the best experience on our website. By continuing to browse, you are agreeing to our Cookie Policy.
You did not use the site, Click here to remain logged. Timeout: 60 second