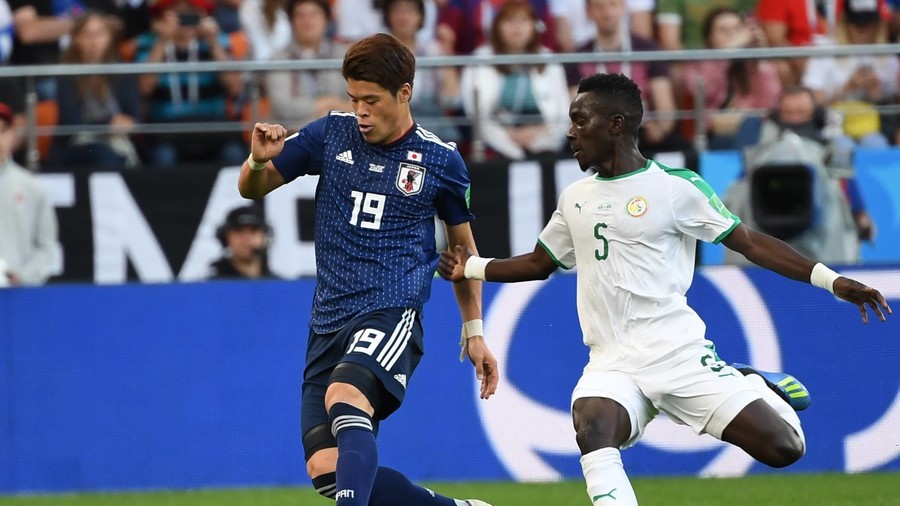 Honors even in Japan and Senegal stalemate in Ekaterinburg Arena

Japan and Senegal remain in pole position to qualify from one of the World Cup’s more competitive groups after a late goal from former AC Milan forward Honda cancelled out a second-half strike from Moussa Wague which looked as if it might be enough to claim Senegal’s second successive World Cup win.

Liverpool’s Sadio Mané opened Senegal’s account in Yekaterinburg, bundling in at the near post after a scramble in the Japanese goalmouth in the 11th minute after some inept defending from the Japanese rearguard.

Slowly though, the Japanese began to make an imprint of their own on the game but Napoli’s Kalidou Koulibaly was proving to be a particularly stoic totem pole at the heart of Senegal’s defense.

The Japanese pressure did lead to a goal however, as Takashi Inui curled a delicate shot past the clutches of N’Diaye in the Senegal goal. The Real Betis man was a threat throughout and marked his spirited performance with his fifth - and most important - international goal.

The Senegalese threat continued to mount after the break, with M’Baye Niang having a shot pushed away by Eiji Kawashima but Japan would go closest to taking the lead as that man Inui struck the crossbar with a curling shot from the left.

Just five or so minutes later Senegal looked as though they may have done enough to claim three points when 19-year-old right back Moussa Wague turned in at the far post following good work from Senegal on the left flank for his first ever international strike but late substitute Keisuke Honda broke Senegalese hearts with an equalizer on 78 minutes.

Honda’s late strike created history, making him the first Japanese player to score at three World Cups and his goal was the game’s final one, as both sides shared the spoils to occupy the top two spots in Group H and placing tremendous pressure on Poland and Colombia to resurrect their World Cup hopes in the final round of group games.

admin  1:13 CH 24/06/2018
Share:
England into World Cup knockout stage as Kane hat-trick leads 6-1 Panama rout
Mexico see off South Korea to continue perfect World Cup start
We are using cookies to give you the best experience on our website. By continuing to browse, you are agreeing to our Cookie Policy.
You did not use the site, Click here to remain logged. Timeout: 60 second