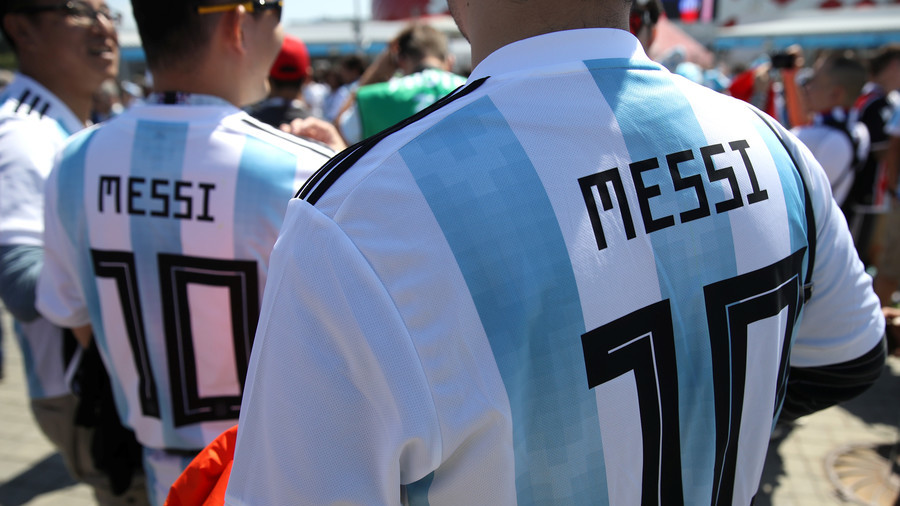 “Elía, Pardo, Eslejer and Catalán are the four hooligans identified in the video who savagely beat a Croatian citizen. We are asking #Russia authorities to arrest and deport them,” Bulrich wrote on Twitter

The video recorded after the match between Croatia and Argentina in Nizhny Novgorod showed a group of fans mercilessly kicking a man wearing a red and white Croatian shirt.

The video footage immediately went viral, sparking angry reactions from fans around the world with many calling on FIFA and the Russian authorities to punish the troublemakers.

The fans’ violent actions were likely triggered by Argentina’s poor performance at Nizhny Novgorod Stadium after Lionel Messi and Co. were sensationally beaten 3-0, leaving their World Cup hopes in the balance.

The four Argentina men who unleashed their anger on the fan risk being deported to their home country, where they will likely be penalized for their behavior.

admin  1:01 CH 23/06/2018
Share:
Romelu Lukaku, Eden Hazard Braces Inspire Belgium Past Tunisia at World Cup
Croatia 3-0 Argentina: Modric and co. maul Messi's misfiring Argentina in shock World Cup rout
We are using cookies to give you the best experience on our website. By continuing to browse, you are agreeing to our Cookie Policy.
You did not use the site, Click here to remain logged. Timeout: 60 second