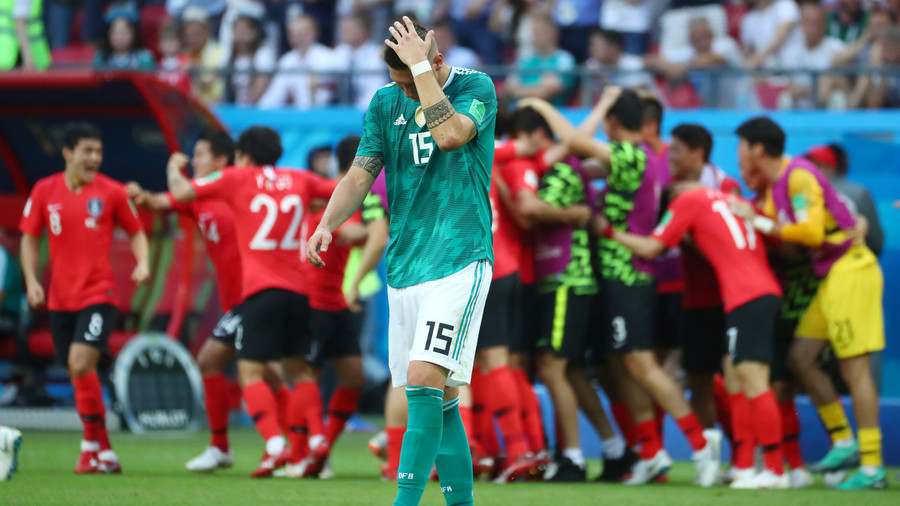 Germany’s heroics in the World Cup four years ago are but a distant memory today, as a stunning 2-0 defeat to South Korea has sent one of the favorites home early from the tournament which they were tipped by many to win.

Late goals from Son and Kim proved the difference and elevates South Korea to third place in the final group standings, with Germany finishing dead last.

And, as one might expect, this result hasn’t gone down particularly well in the motherland.

admin  4:54 CH 27/06/2018
Share:
‘Germany deserve nothing’: Schmeichel admonishes holders after World Cup dismal exit
'The Germans no longer always win': Lineker in latest rework of quote after shock exit
We are using cookies to give you the best experience on our website. By continuing to browse, you are agreeing to our Cookie Policy.
You did not use the site, Click here to remain logged. Timeout: 60 second