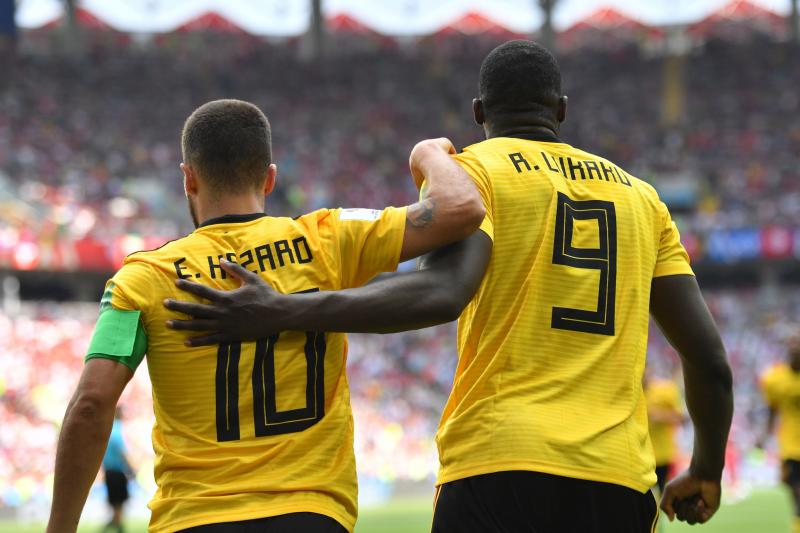 Romelu Lukaku and Eden Hazard turned on the style for Belgium on Saturday, as they each bagged braces in an emphatic 5-2 win over Tunisia at the FIFA World Cup.

A Hazard penalty and a goal from Lukaku gave Belgium a quickfire 2-0 lead, although they were pegged back by a Dylan Bronn header for Tunisia. However, Lukaku restored the two-goal advantage on the stroke of half time with a fine finish, putting him level with Cristiano Ronaldo in the race for the Golden Boot.

After the break Hazard made the game safe with his second of the day. With the clock ticking down, Michy Batshuayi added more gloss to the scoreline with Belgium's fifth. Tunisia skipper Wahbi Khazri scored a late consolation for his side.

Belgium now top Group G on six points. England have the chance to move level with the Red Devils on Sunday, when they face minnows Panama.

Ronaldo Still the Main Man, But Lukaku Getting Closer

Ahead of this encounter, Portugal's Cristiano Ronaldo was out on his own in the race for the Golden Boot at the 2018 World Cup. By half-time, Lukaku was level with him.

After a brace against Panama in the opening game, the Manchester United man continued where he left off. He finished well with his left foot after being played in in the 16th minute, before giving his team breathing room on the stroke of half-time with a dinked right-footed effort:

Read More (...)
admin  2:13 CH 23/06/2018
Share:
Mexico see off South Korea to continue perfect World Cup start
Argentina asks Russia to deport fans involved in post-match brawl
We are using cookies to give you the best experience on our website. By continuing to browse, you are agreeing to our Cookie Policy.
You did not use the site, Click here to remain logged. Timeout: 60 second