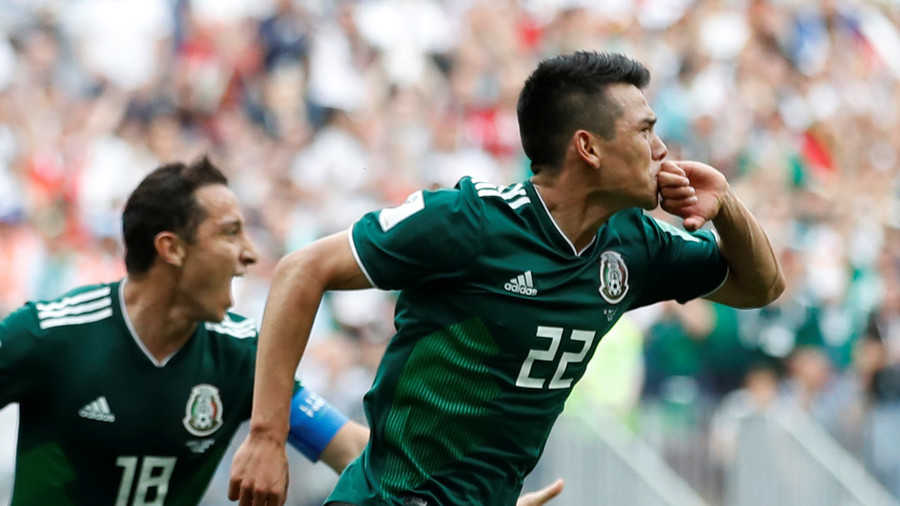 Germany, World Cup winners four years ago in Brazil, were undone by a 35th-minute strike from the man they call ‘Chucky’, which came as the result of some surprisingly lax defending in the first half.

Lozano showed cute footwork to turn Mesut Ozil inside out after Javier 'Chicharito' Hernandez, who spearheaded a Mexican break forward and laid the ball off to the PSV man to rifle home the only goal of the game into the bottom left corner.

The Mexican fans who have flooded Moscow for the World Cup and had filled Luzhniki for their nation's opener were ecstatic.

Die Mannschaft did show some fight despite falling behind; Toni Kroos had his free kick pushed onto the bar from Ochoa at the other end, but the first half featured wave after wave of Mexican attack with Germany struggling to stem the tide.

After the restart, Germany began with more intent, and it was Mexico's turn to play on the back foot. Their 24 shots on goal throughout the game tell their own story of attacking intent that then tiptoed into blunt desperation.

Mexico's counter-attacking tactics were largely unchanged int he second half, and the Central Americans did manage to break forward with Miguel Layun twice bearing down on goal, but his effort went high and wide on both occasions.

A lot has already been written about Mexico's fans in Moscow, and now the national team had given them something to really shout about in the Russian capital.

admin  1:53 CH 17/06/2018
Share:
Brazil 1-1 Switzerland: Swiss revival claims point against favorites Brazil
Maradona denies making racist gesture at S. Korean World Cup fans, apologizes for puffing on cigar
We are using cookies to give you the best experience on our website. By continuing to browse, you are agreeing to our Cookie Policy.
You did not use the site, Click here to remain logged. Timeout: 60 second