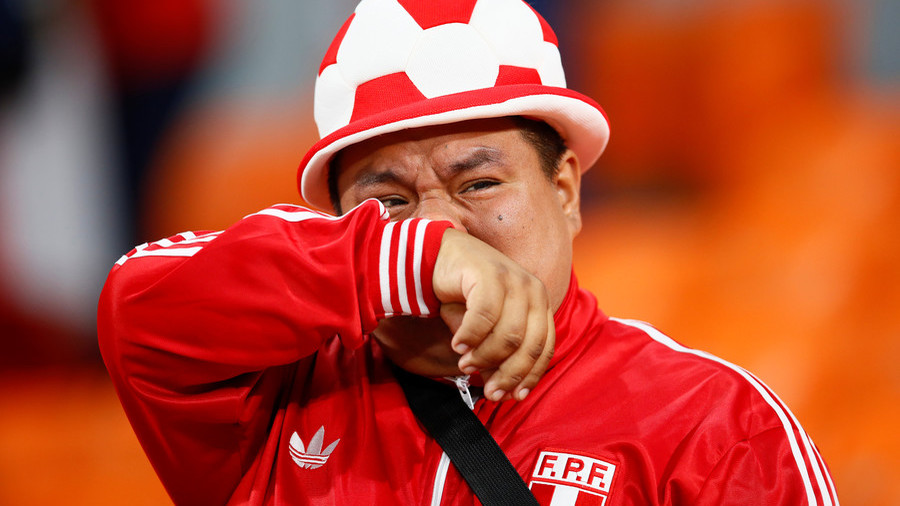 France secured the win thanks to a first-half goal from teenager Kylian Mbappe, which was enough to book Les Bleus a place in the knockout stages with two wins from two games, sending Peru packing without a registering a point their two Group C matches.

Peru eliminated from the World Cup after loss to France. Final score 1-0. pic.twitter.com/VBB1UlZYFT

The Peruvians have been a popular presence in Russia, with their masses of fans being the life and soul of the party wherever they have gone.

After their World Cup exit was confirmed with one game still left to play, the Twitterati shed a collective tear.

France might win the game but Perú has won our hearts!

Peru have been one of the most enjoyable teams to watch so far, but it just hasn’t happened for them. Gutted for them 💔


Pride seemed to be the overriding emotion for many Peruvians, as their team were knocked out of the tournament but had their heads held high at their first World Cup in 36 years.

So proud that Peru came this far 🇵🇪♥️

It took us 36 years to get here and we came back. You walked away with 0 points but the love from your country could never go unseen. 🇵🇪❤️ ARRIBA PERÚ. My grandpa would’ve been proud. Much love for my Country

Others turned to memes to express themselves after the Peruvians were sent packing.

admin  3:53 CH 21/06/2018
Share:
Croatia 3-0 Argentina: Modric and co. maul Messi's misfiring Argentina in shock World Cup rout
Spain overcome spirited Iran 1-0 to claim World Cup win in Kazan
We are using cookies to give you the best experience on our website. By continuing to browse, you are agreeing to our Cookie Policy.
You did not use the site, Click here to remain logged. Timeout: 60 second