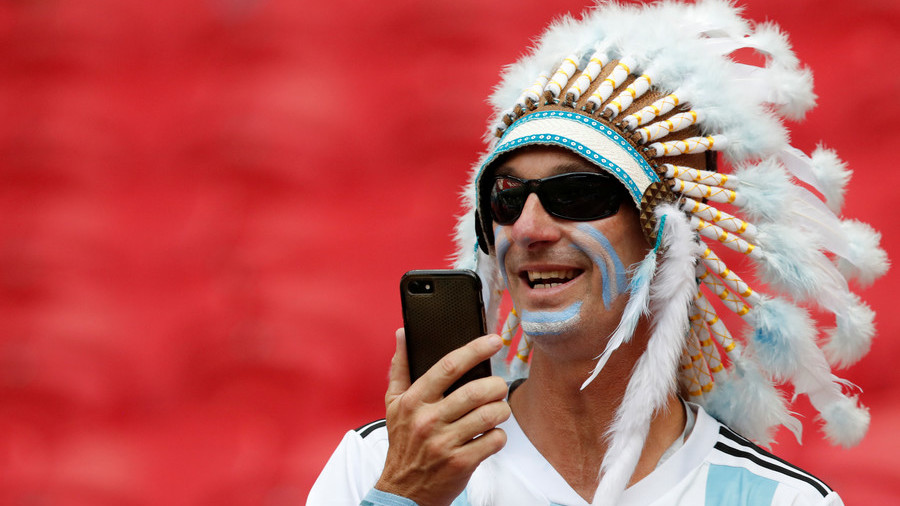 "The so-called citizen journalists, those people who work through social networks, they contributed to dismantling many stereotypes about Russia," Putin said as he sat down with football legends in the heart of Moscow on Friday.

"We all fell in love with Russia," Infantino told Putin. The FIFA chief added that the guests had managed to "discover a country we did not know" and that the fears some were "trying to put on us" had disappeared.

During the meeting, Putin also stressed that hospitable Russians have treated foreign guests as "friends" from one football family and have done their best to make them feel at home. The hundreds of thousands of foreign fans that have flooded Russian cities during the tournament have also done their bit to create a special festive atmosphere, he added.

With the tournament moving toward the final stages, Putin jokingly asked his guests to predict the 2018 World Cup winners.

"When the press leaves, would you, as world-class experts, maybe share with me your opinion on who will win the trophy this year?" he said, to laughter from the audience.

According to #UK #media these fans should have undergone EXTREME #VIOLENCE at #WorldCup #Russia...

admin  9:31 SA 06/07/2018
Share:
Steely France dispatch Belgium's golden generation to reach World Cup final
Brazil 2-0 Mexico: Neymar plays hero & villain in last 16 victory over El Tri
We are using cookies to give you the best experience on our website. By continuing to browse, you are agreeing to our Cookie Policy.
You did not use the site, Click here to remain logged. Timeout: 60 second