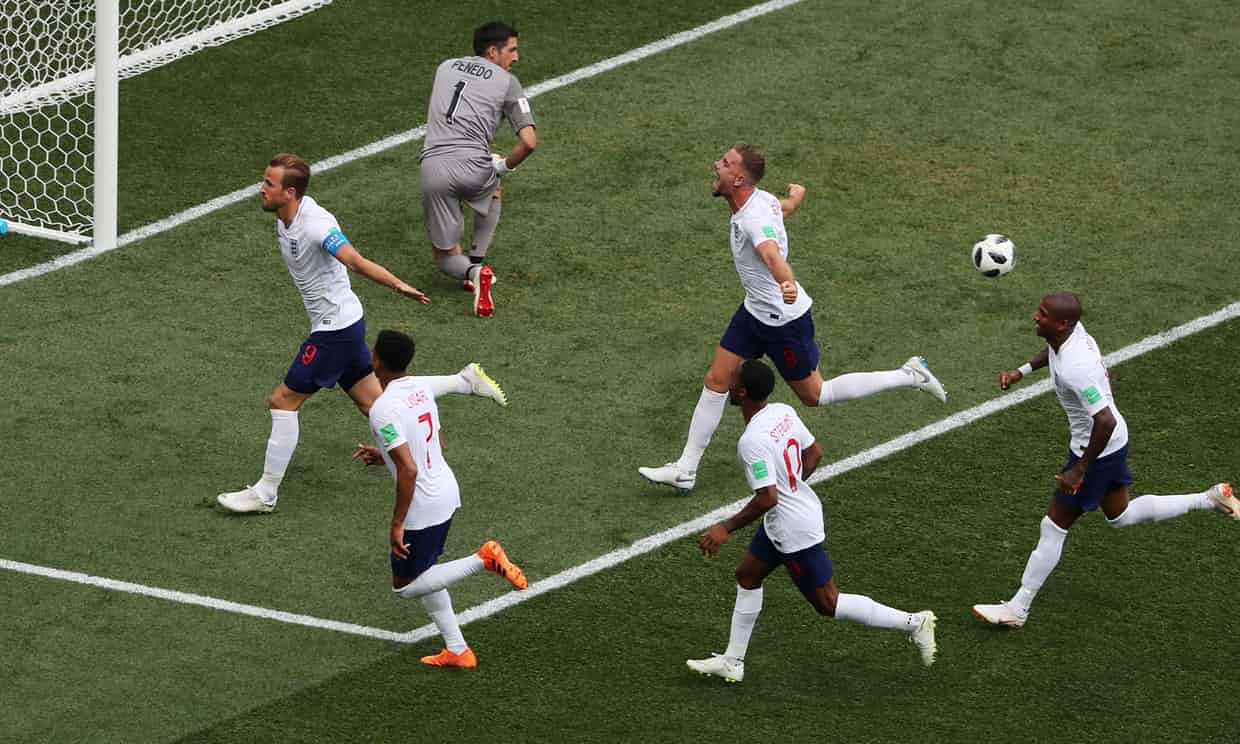 Perhaps we should start with a note of caution. The opposition will not always be this obliging and nobody, surely, can expect Harry Kane to keep scoring so prodigiously throughout the rest of the World Cup. Maybe England have peaked too soon. And no doubt the most overheard line over the coming days will be that, yes, it was only Panama. Stay calm, it was only Panama.

All the same, it was difficult to come away from this freewheeling win for Gareth Southgate’s increasingly convincing side without the overwhelming feeling that it has been a long time since an England team have played this freely.

It was their biggest World Cup victory since the 3-0 win against Denmark in 2002 and at half-time, no kidding, there were people in the press box flicking through the history books to find out how many more goals were needed to establish the biggest ever win in the history of this competition.

England were 5-0 ahead at that stage courtesy of two penalties from Kane, a pair of headed goals from John Stones and a beauty from Jesse Lingard. Kane’s hat-trick followed in the 63rd minute and, after that, it came as a jolt that the only other goal was delivered by a Panamanian boot.

Hungary’s 10-1 win against El Salvador in 1982 will have to be a target for another day. Thursday, perhaps, when Belgium are the opposition, to establish which team wins Group G.

Already, it is mission accomplished as far as qualification is concerned and, on this evidence, it is no exaggeration to say England should not fear anybody in the knockout stages.

admin  1:15 CH 24/06/2018
Share:
Diego Maradona 'fine' after being seen by doctor during World Cup match
Honors even in Japan and Senegal stalemate in Ekaterinburg Arena
We are using cookies to give you the best experience on our website. By continuing to browse, you are agreeing to our Cookie Policy.
You did not use the site, Click here to remain logged. Timeout: 60 second