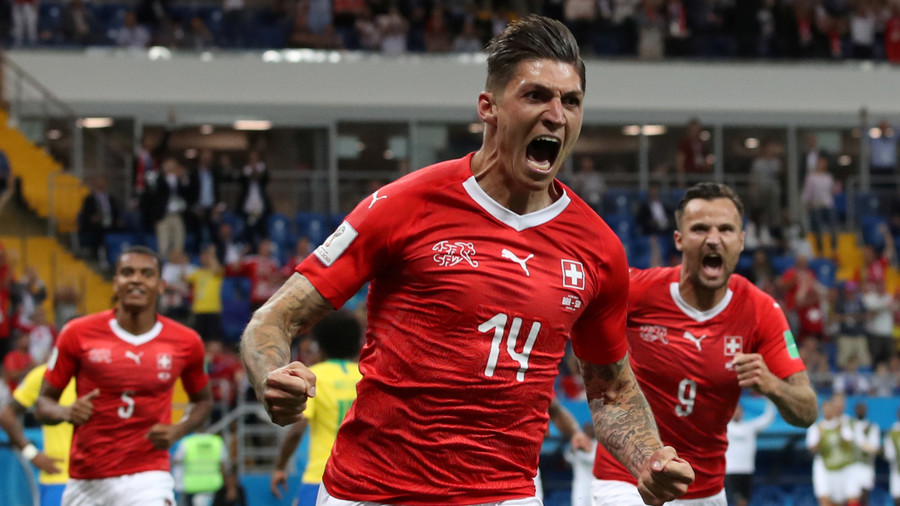 Brazil, hosts four years ago, piled on the pressure in the final minutes as Swiss ‘keeper Yann Sommer’s goal led a charmed life but Zuber’s 50th minute header from a Shaqiri corner was enough to rescue a famous point for the European side.

Switzerland will count themselves as fortunate as Zuber appeared to push Brazilian defender Miranda in the back, before rising to power a close-range header past Allison. However, referee Cesar Arturo Ramos didn’t find any fault in the goal despite the wave of Brazilian protests.

Brazil started the better side and capitalized on their early advantage when Coutinho lit up the Rostov Arena, bending a shot into the top corner from the edge of the area to send the Brazilian fans into raptures. It was a sensational strike from the former Liverpool man but would prove to be Brazil’s only breakthrough against a resilient Swiss defense.

Switzerland managed just one shot in the first half but they scored with their second five minutes in the second half when Xherdan Shaqiri’s corner was met by a thunderous header from inside the six-yard box by midfielder Zuber, who gave Allison no chance from point blank range.

The strike was clouded in controversy however as replays appeared to show the Swiss pushing Brazilian defender Miranda from behind before the header but neither the Mexican referee nor the watching VAR officials disputed the goal’s legitimacy.

admin  4:30 CH 17/06/2018
Share:
'England would have been crucified if Kane hadn’t scored last-gasp goal' – Schmeichel (VIDEO)
Mexico 1-0 Germany: 'Chucky' goal topples reigning champions at raucous Luzhniki
We are using cookies to give you the best experience on our website. By continuing to browse, you are agreeing to our Cookie Policy.
You did not use the site, Click here to remain logged. Timeout: 60 second