Russia and Belarus have begun forming a joint force, which will include several thousand Russian troops, Belarusian President Alexander Lukashenko announced on Monday during a security meeting. He said the move comes in response to increased aggression from Kiev and the West.

The Belarusian leader said that the plan was decided on when he held a face-to-face meeting with Vladimir Putin on the sidelines of an informal CIS summit in St. Petersburg last week. “In response to the aggravation on the western border of the Union State [of Russia and Belarus], we agreed to deploy a regional grouping of the Russian Federation and the Republic of Belarus,” Lukashenko said.

He noted that since most of Russia’s troops are currently busy with the ongoing conflict in Ukraine, the core of this joint force will consist of the Armed Forces of the Republic of Belarus, but there will nevertheless be “more than one thousand Russian soldiers.” Lukashenko added that the formation of this group has been under way for the past two days.

He also claimed that Kiev is currently planning to carry out attacks against Belarus and is being pushed to do so by the West.

“Kiev is not just discussing, but is planning an attack on the territory of Belarus. Of course, the Ukrainians absolutely don’t need this. Why would they open a second front on our southern borders? What for? This is complete madness from a military point of view,” Lukashenko said.

“But, nevertheless, the process has begun. They are being pushed by their masters to start a war against Belarus to pull us into the conflict. To simultaneously deal with both Russia and Belarus,” he said.

According to Lukashenko, Minsk has already been warned through “unofficial channels” that an attack on Belarus from the territory of Ukraine is imminent. He claims that Kiev is threatening to carry out a series of attacks on Belarus and has already amassed up to 15,000 troops near the border.

The Belarusian leader said that Kiev had threatened him with a “Crimean Bridge 2,” referring to the recent attack on the bridge connecting mainland Russia with the Crimean peninsula, blamed by Moscow on Ukrainian special services.

“My response to this was simple,” Lukashenko said. “Tell the President of Ukraine and other lunatics that the Crimean Bridge will seem like flowers to them if they touch even one meter of our territory with their filthy hands.”

Kiev has officially denied threatening an attack on Belarus, dismissing it as a ploy by Moscow to “stage a provocation.” 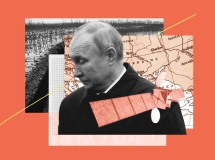