×
Saturday - 15/10/2022 07:43 Author: Editors Desk Source: BBC News:
Forty people are now thought to have died following an explosion in a coal mine in northern Turkey, the country's interior minister says,

Suleyman Soylu earlier said 58 people had been rescued from the mine and over a dozen remained trapped.

Around 110 people were in the mine at the time of the blast on Friday, almost half of them at over 300 metres deep.

Emergency crews worked through the night, digging through rock to try to reach more survivors.

Video footage shows miners emerging blackened and bleary-eyed accompanied by rescuers at the facility in Amasra, on the Black Sea coast.

The family and friends of the missing could also be seen at the mine, anxiously awaiting news of their loved ones.

"Fifty-eight of our miners were able to come out unharmed. We estimate that 15 of our miners are [trapped] below and we are trying to rescue them," Mr Soylu told reporters at the scene.

The cause of the blast is not yet known, and the local prosecutor's office has begun an investigation.

Turkey's energy minister said there were initial indications that the blast was caused by firedamp, which is methane forming an explosive mixture in coal mines.

"We are facing a truly regretful situation", he said.

There were partial collapses inside the mine, he said, adding that there were no ongoing fires, and that ventilation was working properly. 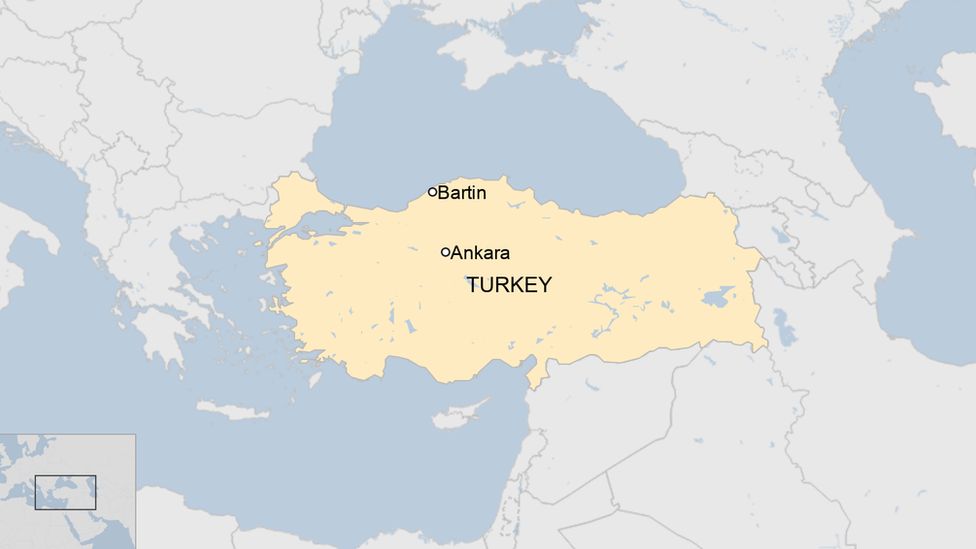 Turkish President Recep Tayyip Erdogan is expected to visit the site on Saturday.

Amasra's mayor Recai Cakir said many of those who survived had suffered "serious injuries".

One worker who managed to escape on his own said: "There was dust and smoke and we don't know exactly what happened."

The mine belongs to the state-owned Turkish Hard Coal Enterprises.

Turkey witnessed its deadliest coal mining disaster in 2014, when 301 people died after a blast in the western town of Soma.